Patagonia is filled with raw, pristine natural wonder -- from the fierce rivers to the snowy mountains to the open land to the rich, lush forests. This region is such a special place and it’s very important to make an extra effort to nurture and protect it. One big effort comes from Fiesta de la Limpieza, a powerful cleaning initiative led by a group of strong, passionate Chileans.

It all began about eight or nine years back. A group of locals took notice of the increased tourism in Patagonia, particularly in Torres del Paine National Park. Irresponsible or uninformed tourists had been leaving their garbage around the park, which can negatively impact the environment, wildlife and a visitor’s experience. So they started Fiesta de la Limpieza, a clean-up project within and around Torres del Paine to help keep the area in its pristine state.

The project is made possible with the help of volunteers, conscious organizations and dedicated project organizers. Javier Rojel, also known as Flash, is one of those passionate organizers. He is very involved in the project and eager to spread awareness and grow the initiative. “Once we started to help clean the park, we realized that we loved it much more,” said Rojel. “We started to learn more about being citizens of the world, sustainability, ecology and global warming.” 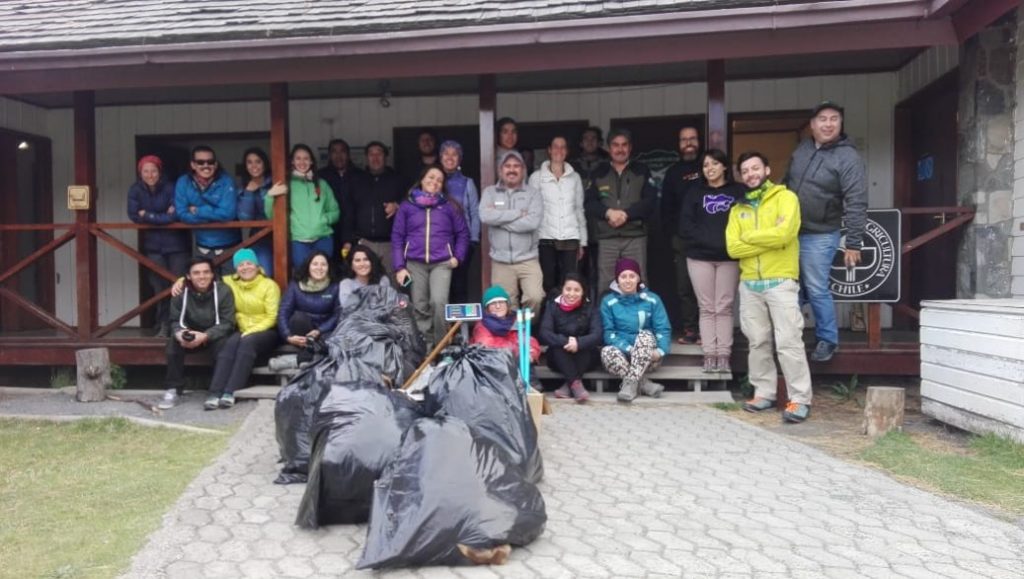 There are two major clean-up events to look forward to in the upcoming months. The first is called “Fiesta de los Caminos,” taking place at the first week of April. This is a full day event that will take place at the lookout points and parking areas. Additionally, a second event will take place later in April or May, where the group will host “Fiesta de los Senderos,” which will focus on cleaning the trails used for the W trek in Torres del Paine.

It’s no secret that plastics, tin cans and other man-made products are detrimental when thrown carelessly into the environment. However, Rojel also worries about the organic trash that people occasionally throw into nature. Organic trash, such as an apple core or orange peel, is not part of the original ecosystem and because of this, we don’t know what type of impact it could have on the environment and wildlife. Guides and park staff try to educate and encourage guests to “leave without a trace,” by bringing all organic and non-organic trash home.

Along with educating travelers on responsible tourism, Rojel wants to continue promoting and growing Fiesta de la Limpieza in the future. He would like to involve more residents of Patagonia, as well as other people that are passionate and interested in helping out. It would be incredible to grow the project throughout the region and other places in Chile. “We are all united so we can work for this,” said Rojel. “Because we know how beneficial the tourism industry is for a community when you do it right and care about the development of the local community.

Do you want more information?  Send a message at  reservations@cascada.travel.