Let’s get back to 2017. Right before the end of her term, former Chile’s President Michelle Bachelet signed a historical protocol of agreement (the biggest of its kind in the history of the country – and maybe in South America) with Tompkins Conservation to create the “Route of Parks”. This route connects 17 National Parks in Chile within an area of 2800 kilometers from Puerto Montt to the southernmost place of the Americas.

“We have a commitment to our planet. We must protect.” said Bachelet. This is the aim of the incredible project that included 1.319.000 hectares to the existing protected areas. 4,5 million hectares are now protected in Chile’s Patagonia and the country is now considered a leader in terms of conservation (20% of the country’s territory is protected). The highlight of this milestone is certainly the creation of Kawésqar National Park, 2,8 million hectares / 7 million acres of virgin ecosystems in one of the planet’s most beautiful areas. 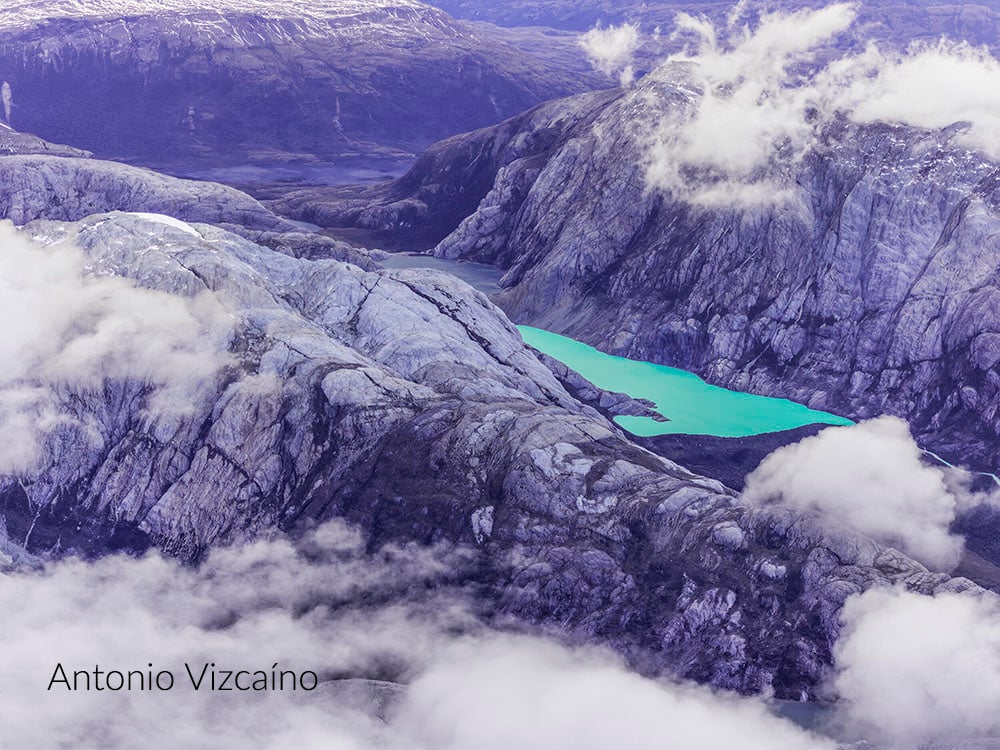 The park looks even better from the sky, don't you think?

And with (only) 2.410.804 inhabitants mostly concentrated in a couple of big cities, this is one of the world’s least populated areas. You’ve got it? Yes, the potential for conservation is huge in what I believe is one of the last wild regions on Earh. Patagonia’s fragile ecosystems must be protected and National Parks may be the best solution.

The creation of Kawésqar National Park is something big not only in terms of conservation. The park is the 2nd biggest National Park in Chile – after Bernardo O’higgins National Park, neighbor to the famous Torres del Paine National Park – and one of the biggest in South America. The park has an unmatched beauty at the very South of Chile. Those insane landscapes include Magellan forests, glaciers, fjords, wetlands, valleys, lakes and cordilleras. The place is Heaven for wildlife watchers, with animals such as Puma, Huemul (South Andean Deer), Fox, Goeffroy’s Cat, Sea Lions, Elephant Seals, Dolphins, Marine Otters and 136 distinct bird species. It is located nearby Francisco Coloane Marine Park, one of the best places to spot Humpback Whales in South America.

The new Kawésqar National Park incorporated the former Alacalufe Forest Reserve, a donation from Tompkins Conservation. About 6.5 millions acres of Marine areas are protected under the category of National Reserve (great news for the whales, don’t you think?).

The Kawésqar (or Kaweskar) people have been inhabiting the South of the Gyl of Penas and the Strait of Magellan (Southern Patagonia) in boats some used to call “the queens of the American canoes” thanks to their incredible construction. The canoes were covered with plant fibers and made from Coigue bark. Kawesqar men used to hunt and explore the numerous fjords while women were talented divers. They had no hierarchy and were formed by self-sufficient, independent families who married for love and practiced monogamy.

Their population reached over 3,000 but by the 1930’s they almost became extinct due to prolonged contact with European settlers. Nowadays it is said that less than 10 pure-blooded Kawesar remain. The name of the National Park is a tribute to this ancient culture. 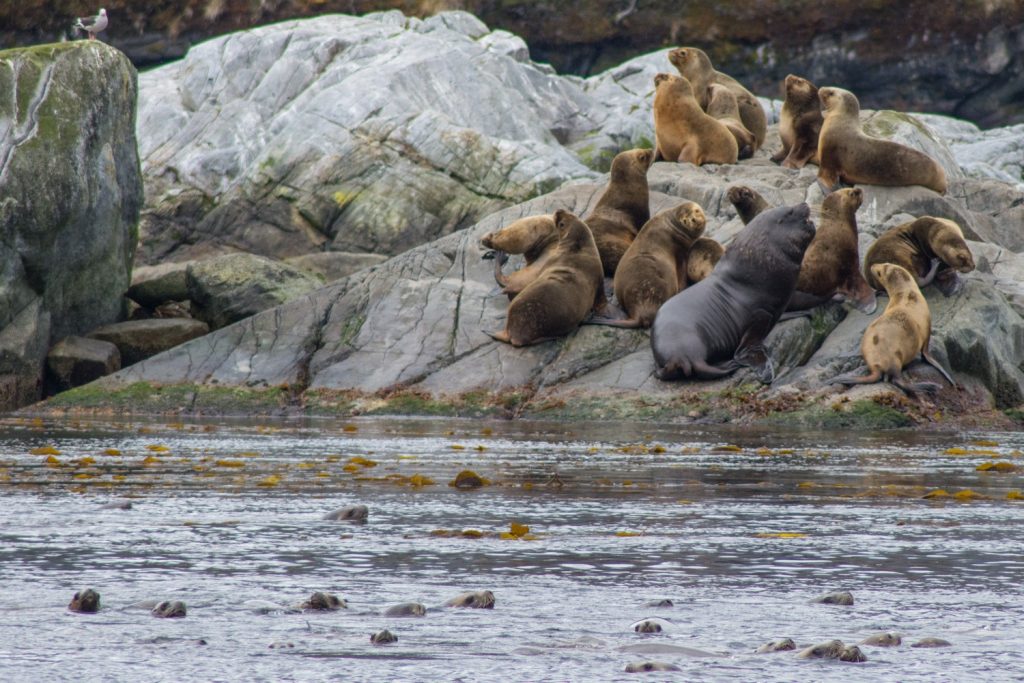 There are (by far) more animals than humans in the area, so get ready for true wilderness! (Pic : Sea Lions) 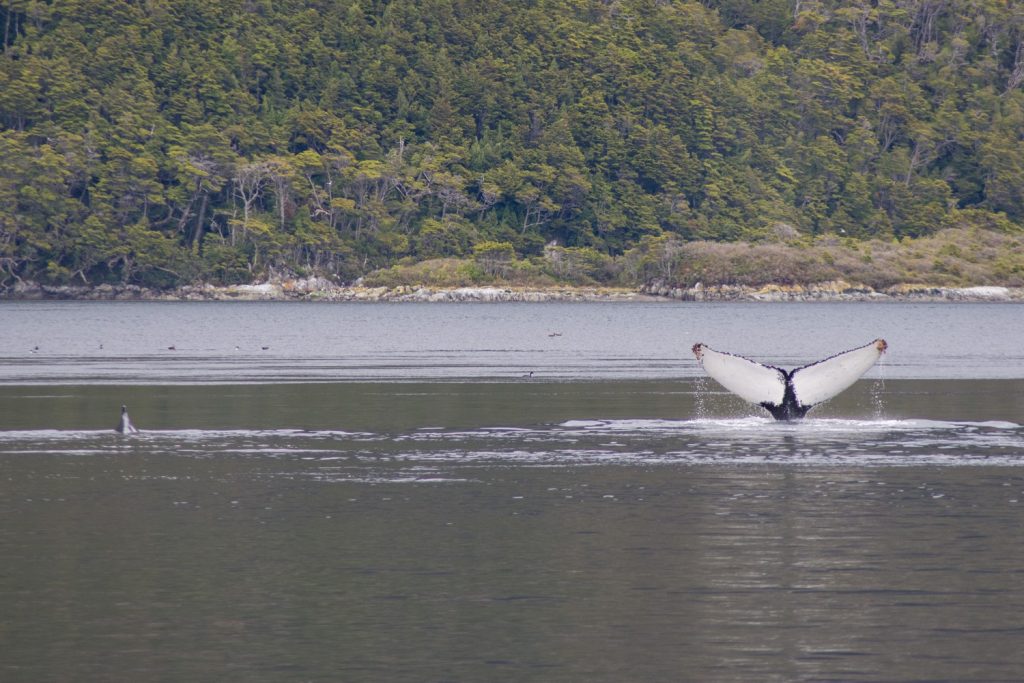 Whales are a common sight in the area

How to get there?

What can I do there?

There are no official trails yet and tourism will slowly grow in the area. Stay tuned for official information on what to do there – or you can also look for Humpback whales in the area!

Stay tuned for more tips and update about Patagonia! Sign up for our newsletter down below. Also check out our Patagonian travel programs at our parent site Cascada Expediciones.