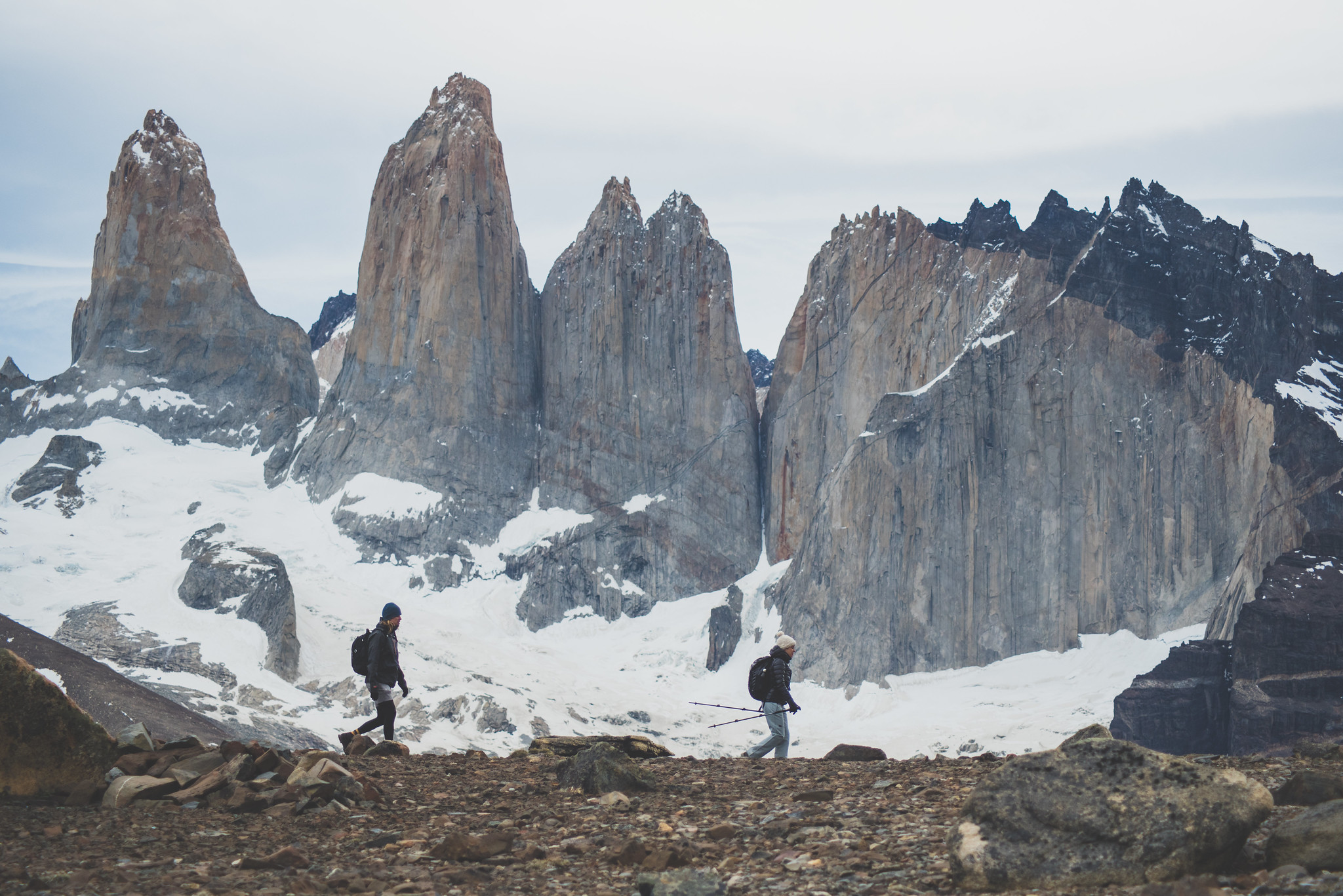 Take one quick look at Torres del Paine National Park and you’ll quickly realize just how unique its geography is. From vast valleys to icy glaciers to the magnificent Paine Towers that gave the park its name, Torres del Paine truly has it all.

Let’s take a closer look at everything it has to offer:

When you think of the Torres del Paine, the first thing that may come to mind is the famous Paine Massif and of course, its three jagged granite Towers. So much of the landscape in the park is dominated by this mountain group, also known as the Cordillera del Paine. Technically the massif is part of the Andes, however it acts an independent mountain formation with its own characteristics.

It has an origin can be dated back to at least 12 million years ago. During this time, sedimentary layers of the earth were lifted up and later worn down through glacial erosion. What was left was the hard, resistant granite rock that we see today. It’s a classic example of this natural process, clearly demonstrating the difference in color between sedimentary and granite rock.

Making up the Paine Massif are several specific mountains, each offering something beautiful and unique. These are the major mountains that can be seen: 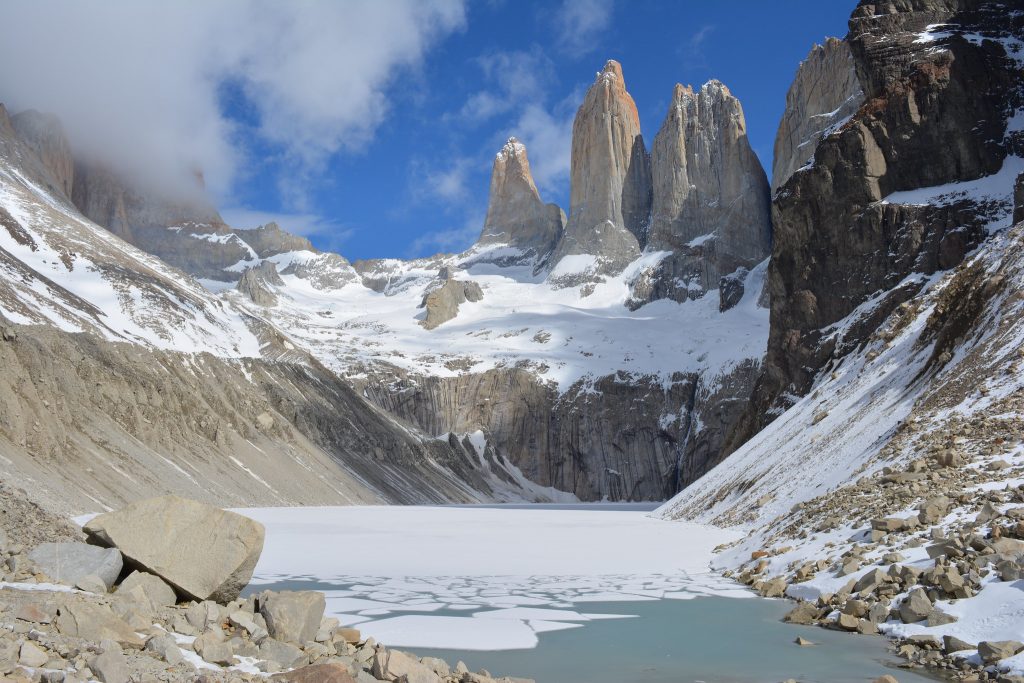 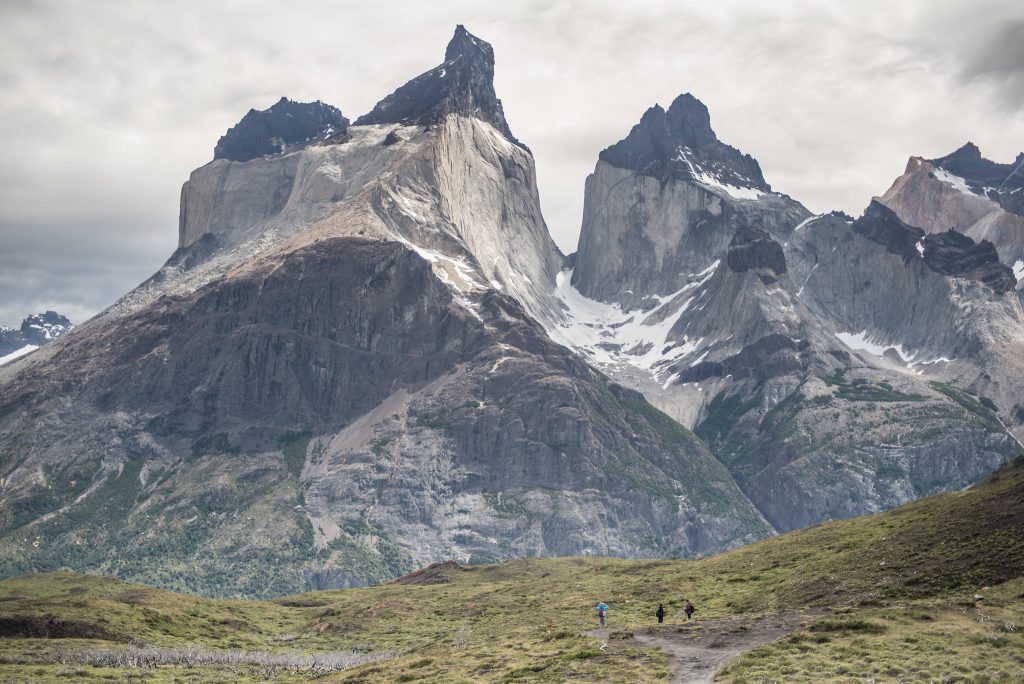 The region of Patagonia is full of massive, icy glaciers! In Torres del Paine, the main attractions to see are: Grey Glacier (270 square km), Dickson Glacier (71 square km) and Tyndall Glacier (331 square km), which make up some of the Patagonian Southern Ice Field and its outflow.

The Southern Ice Field is the second largest ice field in the world, consisting of more than 12,000 square km. It actually is part of the Patagonian ice sheet which is still left from the last glacial period. Sadly, due to climate change, the area is diminishing year by year and is contributing to our rising sea levels. 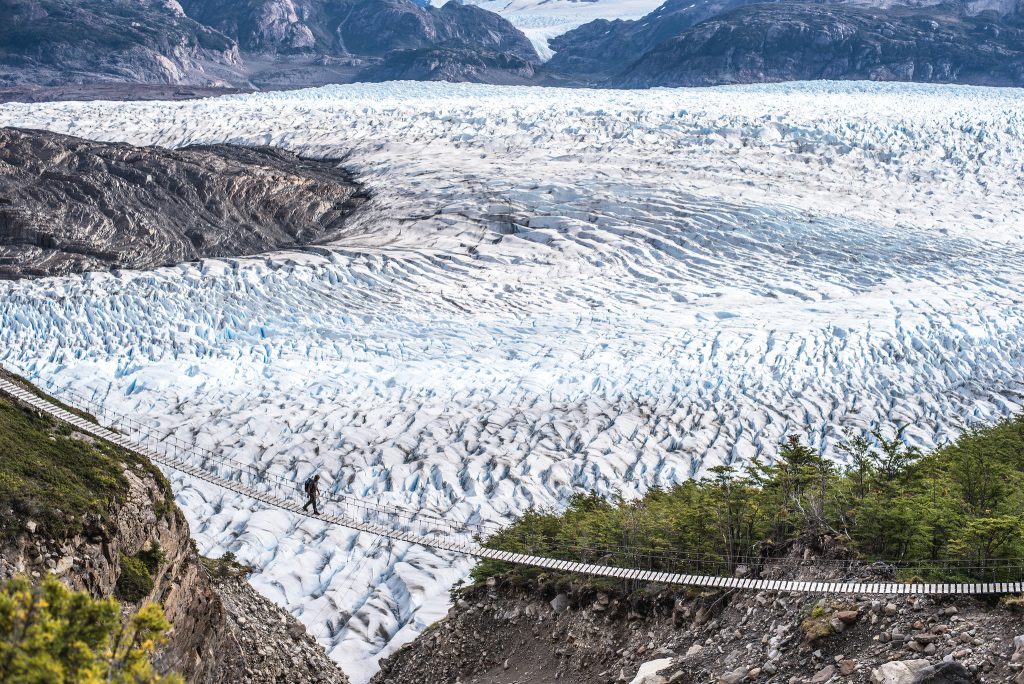 Within Torres del Paine, there are various large lakes making up 90 square km of surface area. Each lake is different, but many have a strong turquoise color to them. This intense coloring is due to rock flour particles that are left from glacial erosion, which as a result make the water appear milky. Some of the well known lakes include: 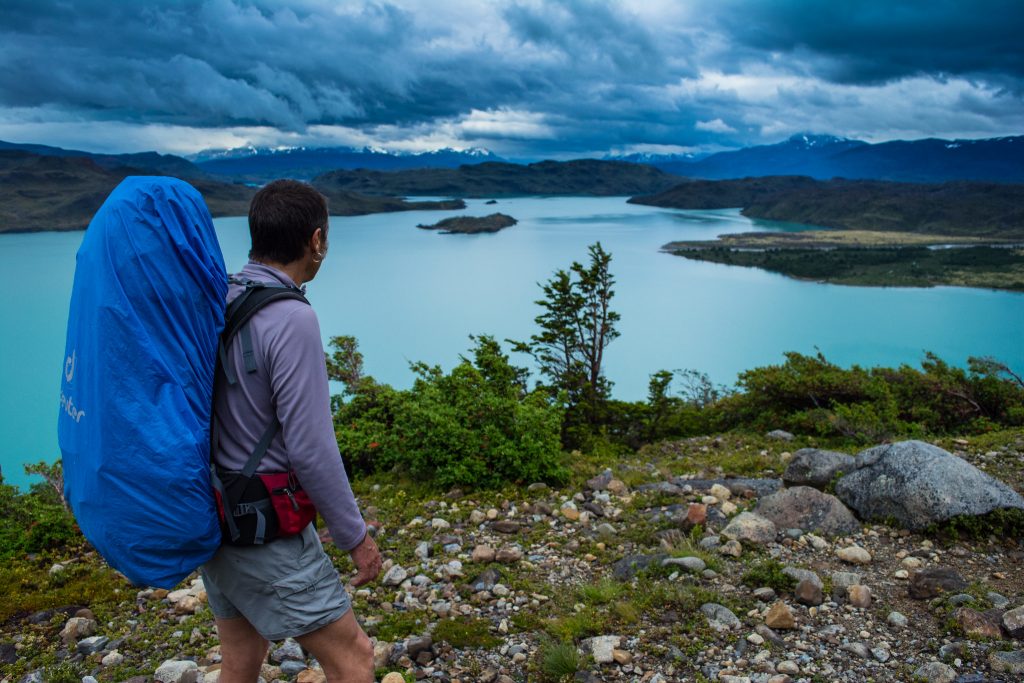 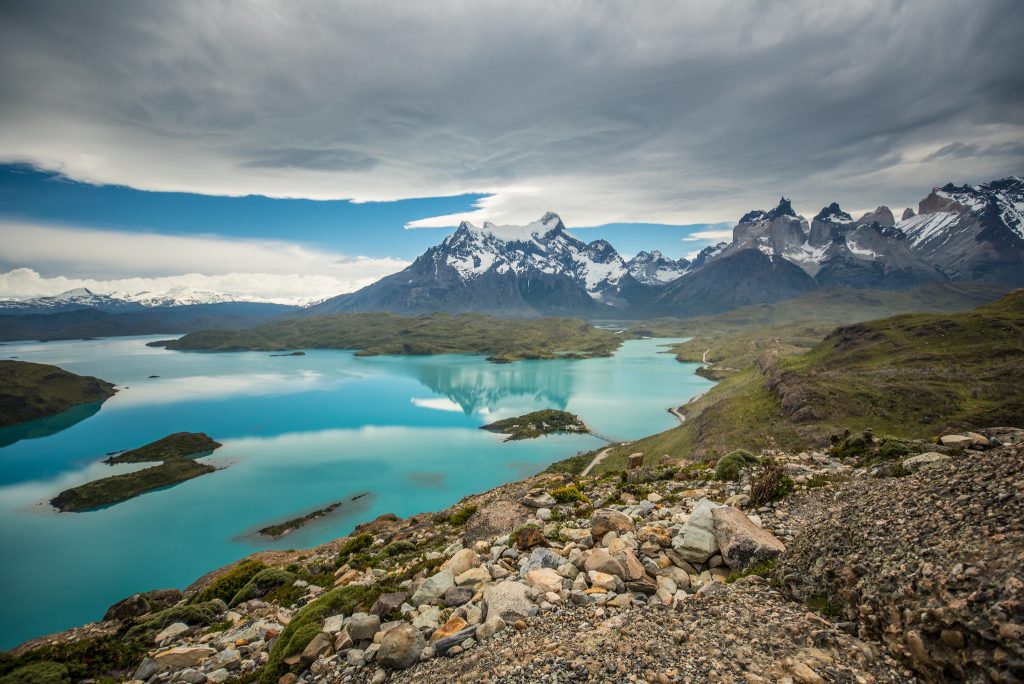 There are three major waterfalls in Torres del Paine. The first, Paine Waterfall, takes the name of the park and can be found on the Paine River between Blue and Amarga Lagoons. Next is Salto Grande, which translates to “Great Falls,” as it reaches a height of 65 meters. While the last is Salto Chico, meaning “Small Falls” and is located between the southern tip of Pehoe Lake into Toro Lake.

The waterfalls are small in comparison to places like Iguazu or Niagara Falls. However, they offer something special to the landscape here in the Torres del Paine. Many travelers enjoy viewing these waterfalls and admiring all of its incredible natural surroundings. 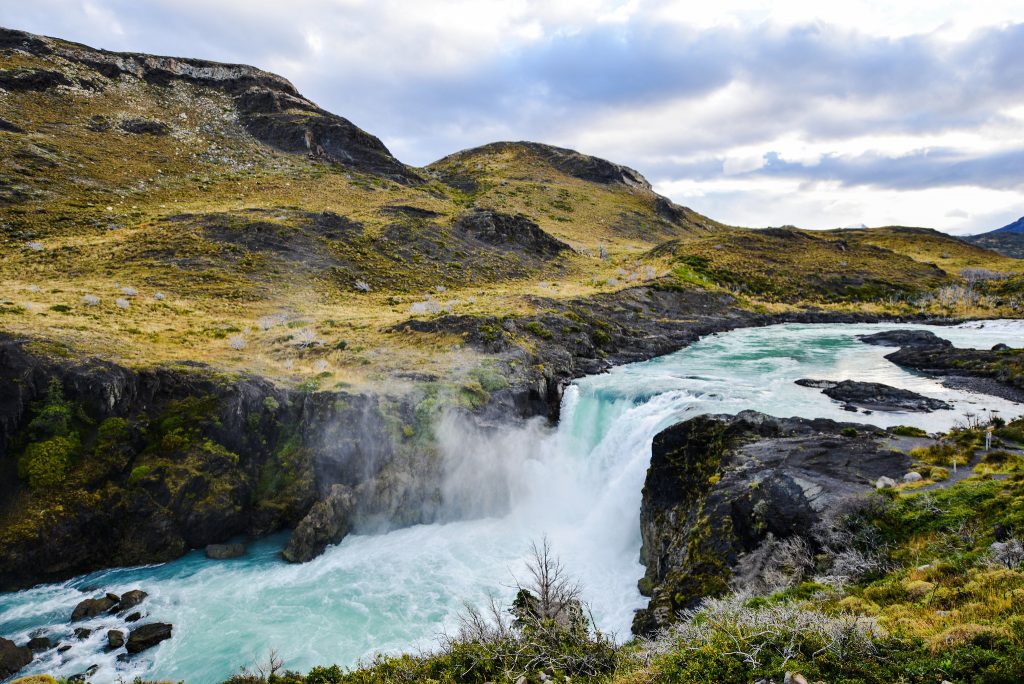 Various rivers run through the park, helping connect all of these magnificent land masses together. There are four major rivers to look at: Paine River, Grey River, Serrano River and Pingo River. 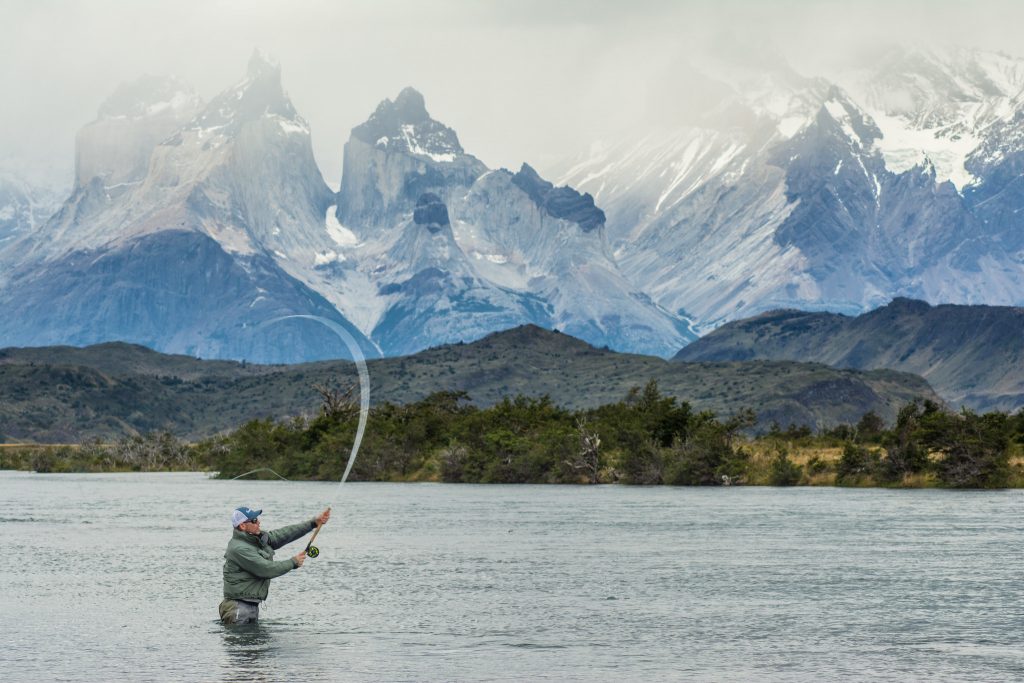