Just imagine…the jet engine is still buzzing. You take a look through the window, hoping to identify something that might seem familiar. You land in Patagonia, with no idea about what the place looks like. As the bus makes its way through the vast plains, the first mountains start to appear. Then you see them, the three towers, in a landscape that looks like a dream. What a surprise that your birthday is soon, and that someone has offered you this once-in-a-lifetime gift.

That’s what happened to Cory, a few weeks before his 70-year-old birthday, when his son Alex decided to take him on a special two-week trip to South America. After the spectacular ruins of Machu Picchu, Alex chose to spend a week of sustainable adventure with his father at EcoCamp. Without knowing, they were among the first guests of the 2014/2015 season! Alex and Cory enjoyed the peacefulness of the last days of winter while experiencing the unpredictable weather of Patagonia. 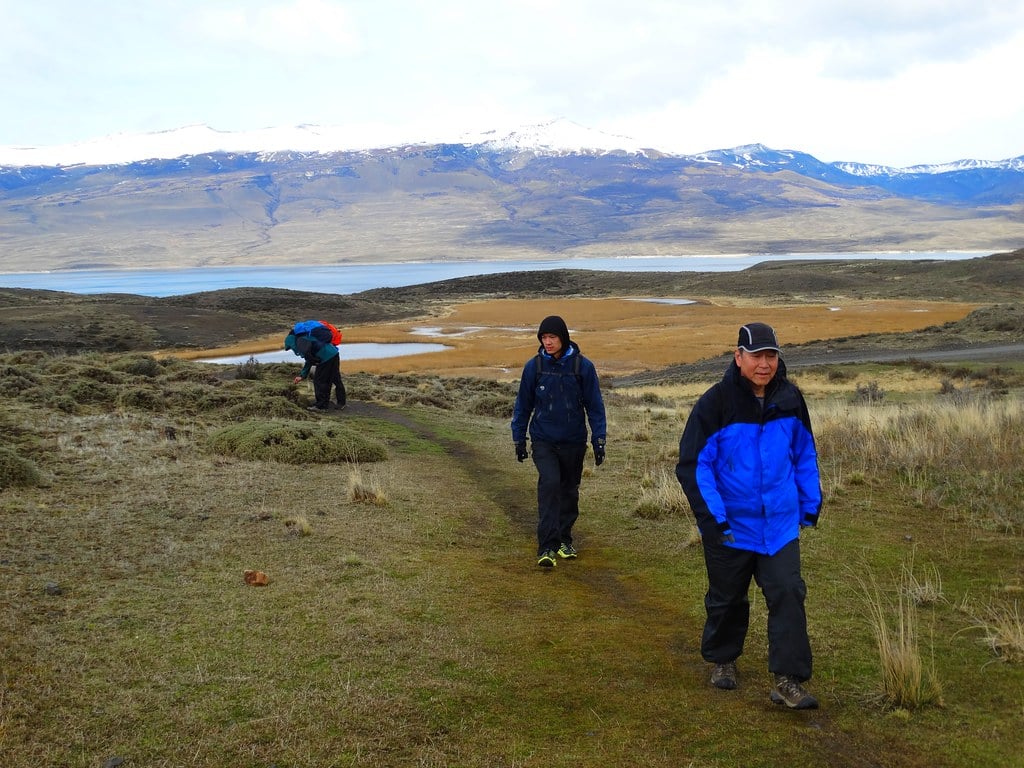 There is nothing better than a good four hour trek to start the day!

Never mind, Alex and Cory kept walking. After a gentle and impressive introduction at the beautiful Glacier Grey, they laced up their boots and undertook hours of trekking throughout the national park. Even for Alex, who did not really know much about the place and had only imagined the mountains and baqueanos (Chilean horsemen), that was a true adventure! 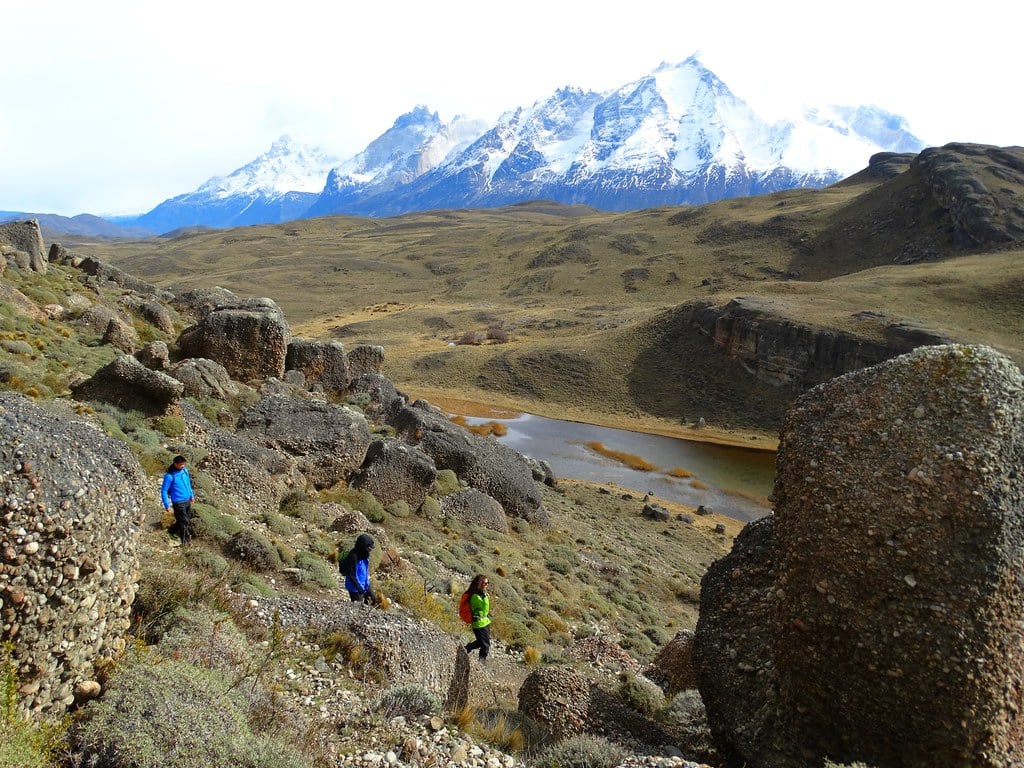 "Porteria Porteria", an impressive trek between lakes and mountains 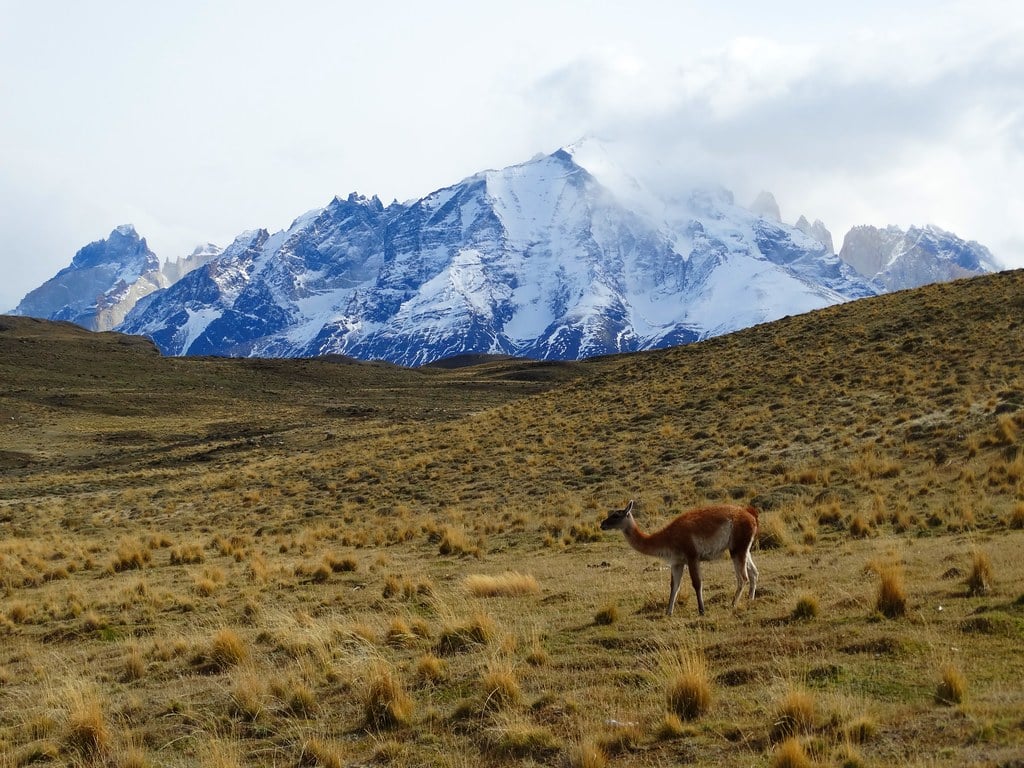 During a two-week break before starting a new job, Alex had thought that this was the right time for him and his father to leave the United States behind for a while and reconnect with nature.

Both were impressed by the magic of nature and the immensity of the landscapes. And what about EcoCamp? Alex said:

“The view from EcoCamp is priceless”

Never complaining, Cory racked up the kilometers, alternating between sun, wind, rain and snow (or all at the same time!). 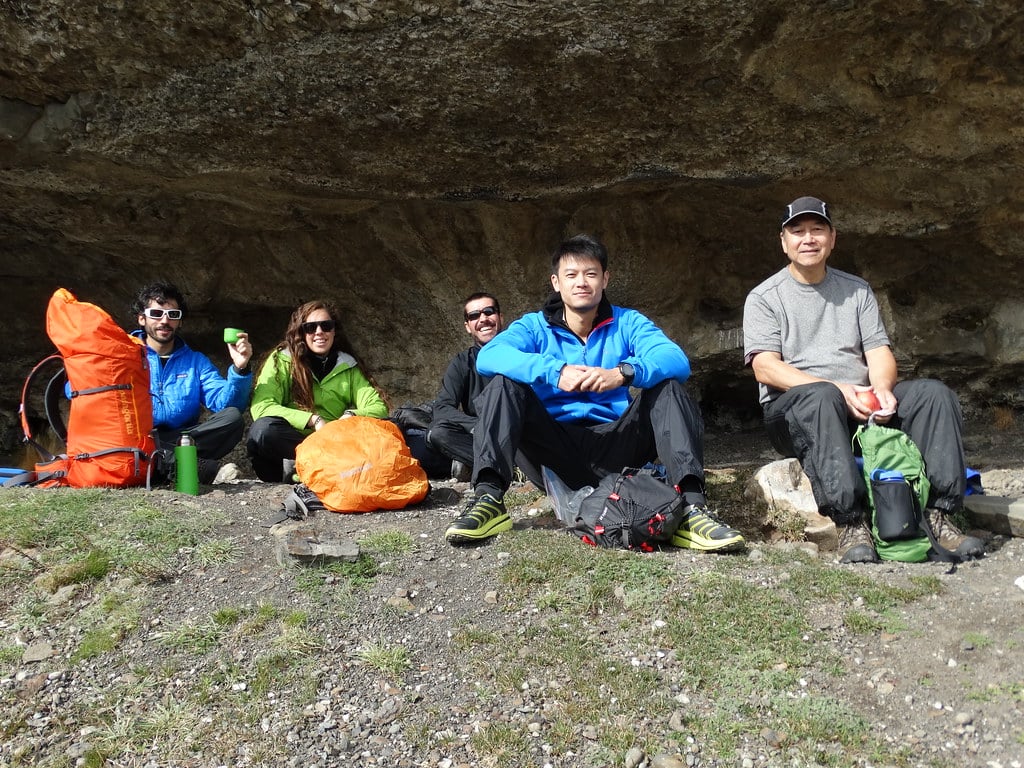 A well-deserved break with our Guest Adventure Guides for a tasty lunch! 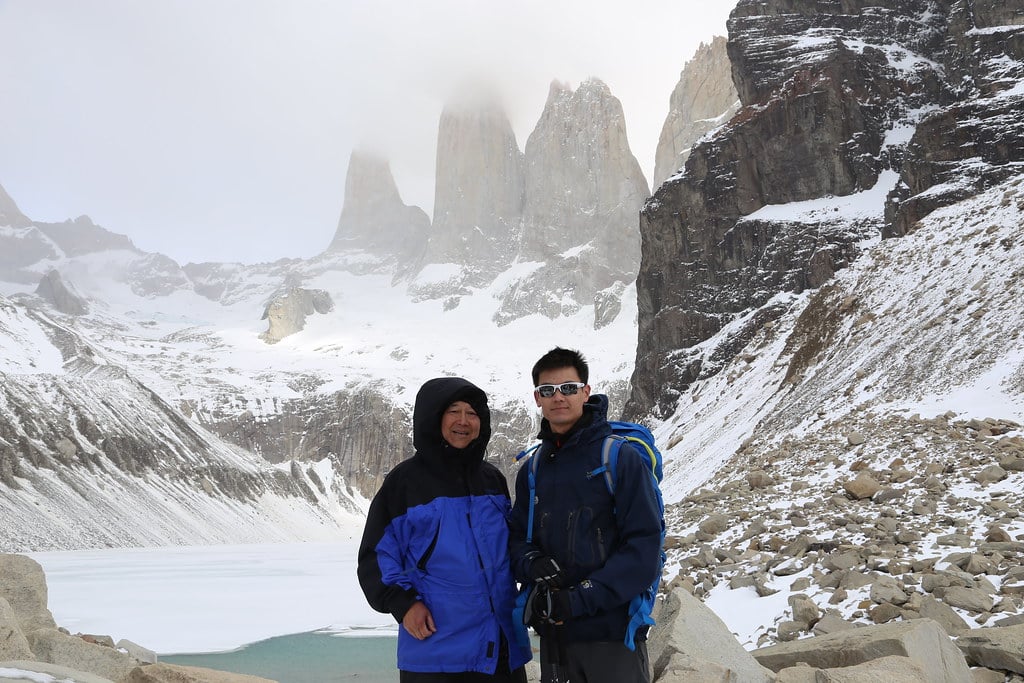 Alex and Cory were among the first guests of the 2014/2015 season to reach the foot of the famous peaks. Congratulations!

When we asked him what he thought about his active experience at Ecocamp, Cory replied with a smile:

"My stay at Ecocamp reinforced my idea of sustainability. I definitely felt I was part of nature. I will come back to the United States with the feeling that happiness can be reached with more simple things"

And, of course, he never stopped thanking Alex for that outstanding present. What a positive story!

Go on your own EcoCamp birthday adventure! See our programs here.