So what is the weather like in Torres del Paine? The forecast says rain, sun, snow and wind --- what is it? The truth is, the weather in Patagonia is all of the above. It’s extreme, unpredictable and it changes rapidly. It’s not unheard of to experience all four seasons in a single day.

With that said, you really need to come prepared for anything! 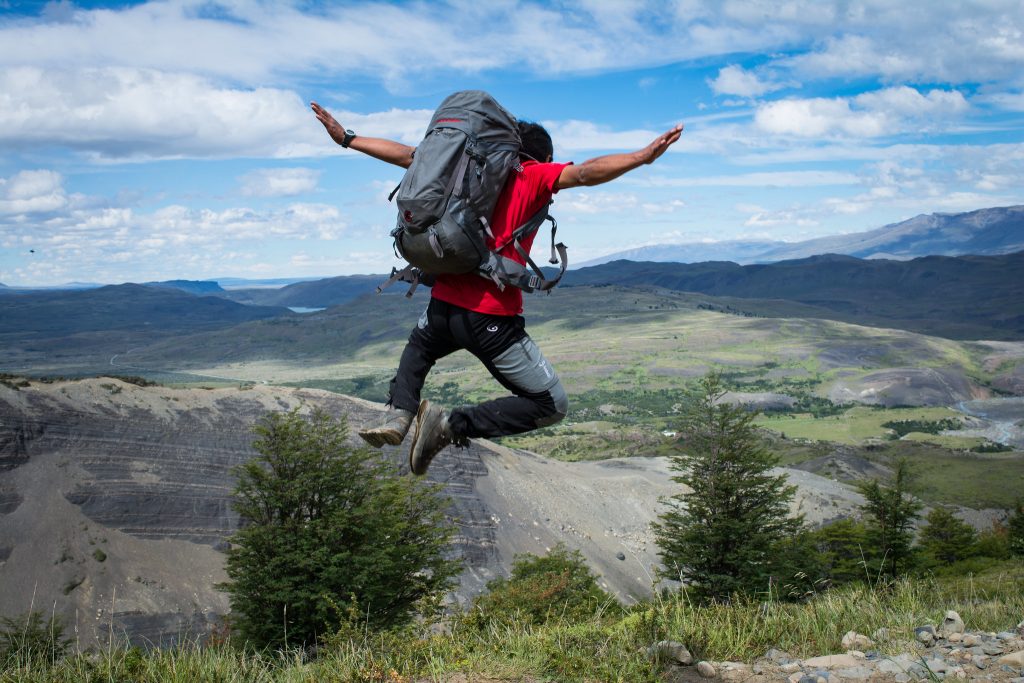 Why is the Weather So Extreme?

The weather is Torres del Paine is determined by the Andes Mountains, the winds from Antarctica, the ocean currents and the Southern Patagonian Ice Fields, which all together create very unpredictable, quick-changing weather patterns. Not to mention, there are many unique environments, such as valleys, rivers, glaciers, mountains, open plains, fjords and more. Each environment can have an impact on the weather as well.

Here in Patagonia, the wind is known for its speed and intensity and can reach more than 100mph! Some of this intensity is due to the fact that westerlies, strong winds blowing from the west, are passing through a wind zone known as the “Roaring Forties.” This wind zone sits at 40 to 50° latitude in the Southern Hemisphere and receives some of the strongest westerlies in world. The westerlies are so strong because there aren’t many landmasses to slow its speed. Torres del Paine sits in this zone and within close proximity to the open ocean, making the park incredibly vulnerable to these intense winds.

Can I Predict Anything?

In general, the weather is pretty difficult to predict on a day to day basis. However, there are a few trends that can give us an idea of the general climate at specific points of the year.

Weather: It can be either warm or chilly during the day and nights are cold. Expect strong winds.

Daylight: There are roughly 12 to 17 hours of daylight per day, depending on the month. 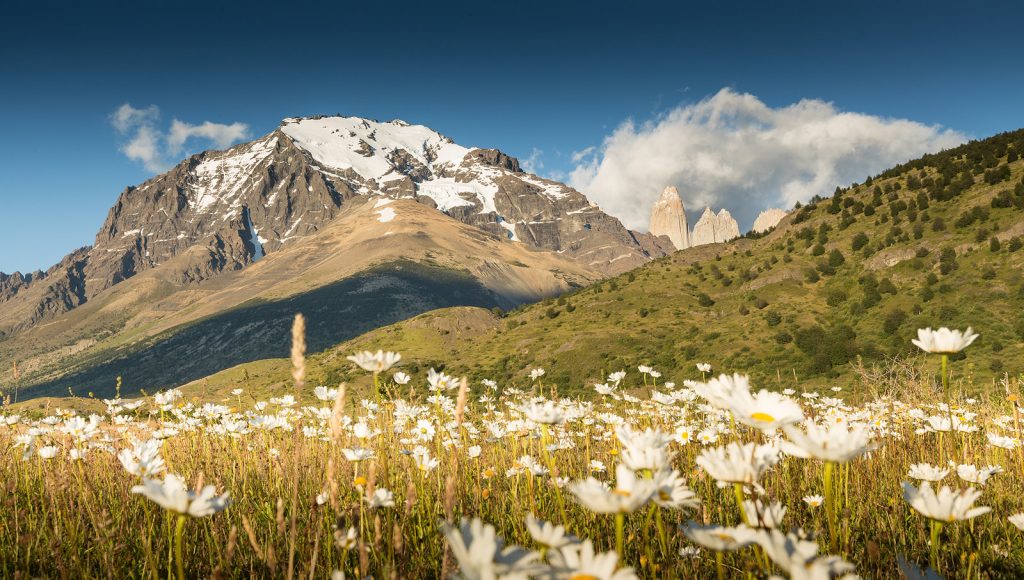 Likelihood of Rain: Possibility of rain.

Daylight: 13 to 17 hours of daylight per day, depending on the month. 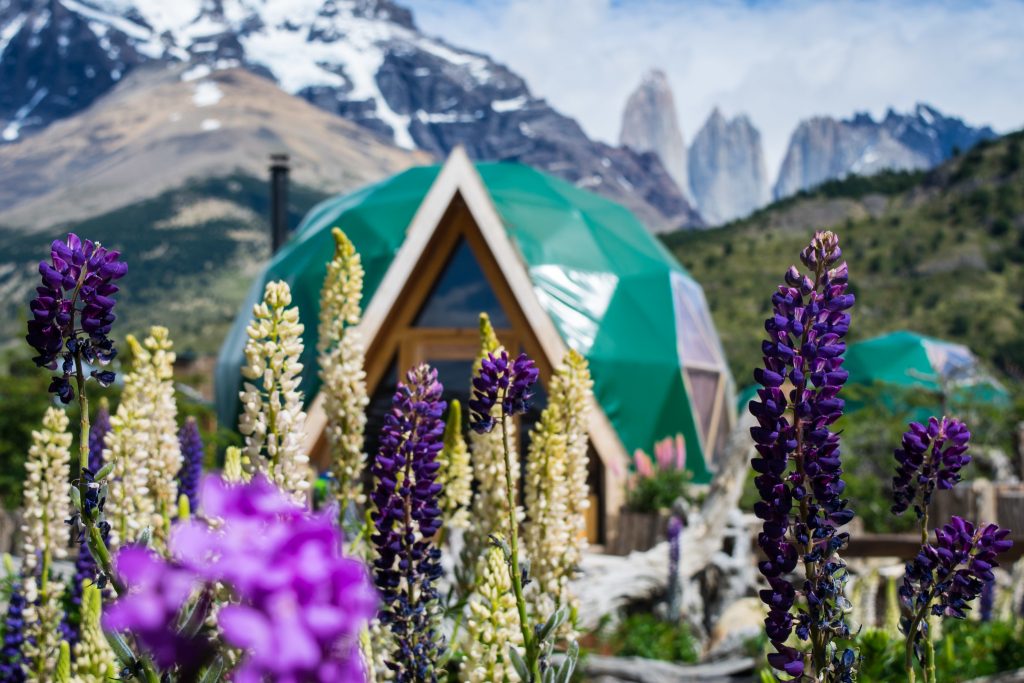 Months: Late March, April and May

Likelihood of Rain: Strong possibility of rain, especially later in the season.

Daylight: 8 to 11 hours of daylight per day, depending on the month.

Weather: It is cold and there are milder winds. There is a possibility of snowstorms and low visibility.

Likelihood of Rain: Snow, ice and rain are very likely .

Daylight: 8 to 12 hours of daylight per day, depending on the month. 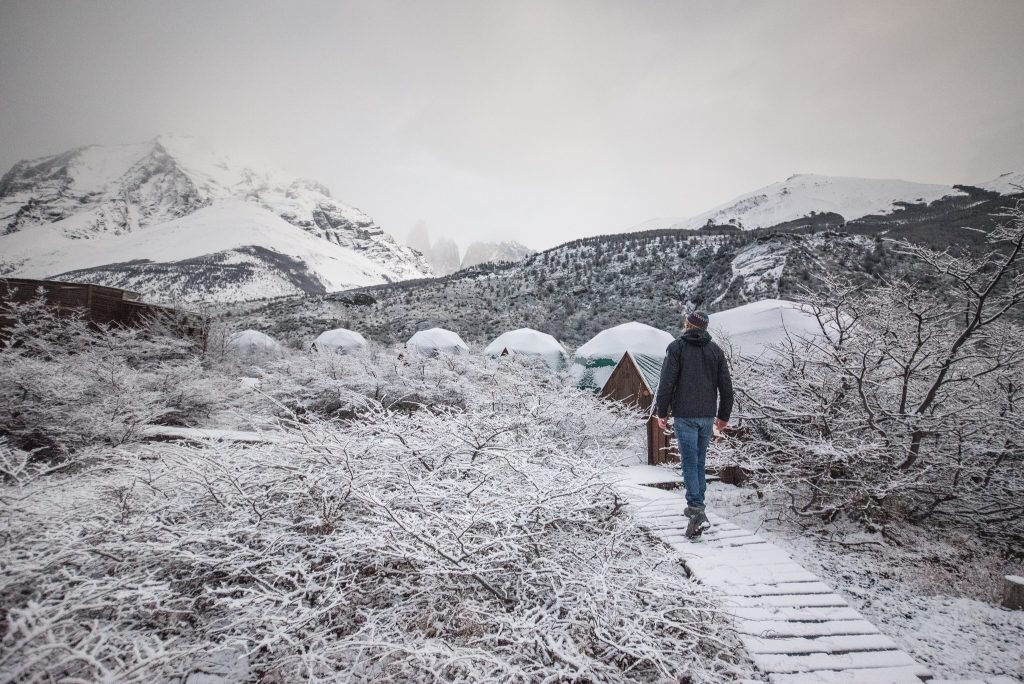 How Do I Pack for Patagonia with Quick-Changing Weather?

One word: layers. Packing for Patagonia means lots and lots of layers. It is the only way you will be prepared for the region’s range of weather conditions and temperatures. Check out our video below to learn what you need to bring.

What a Wildlife Safari With EcoCamp Looks Like : Full Guide (2022)

Timothy Dhalleine Torres del Paine
Torres del Paine national park has an incomparable amount of natural treasures awaiting to be discovered. And whereas many travelers choose to...
Read more