You don’t need to travel to Africa or the Amazon Rain forest to be amazed by some of the world’s most beautiful plants and animals. At “the end of the world” in Patagonia, unique surprises lurk in every corner! From the elusive puma playing with her young to the tasty calafate berries sprinkled along the shrubs, there are certainly a fair share of wonders for you to discover. Today we will focus on Patagonia’s flora. 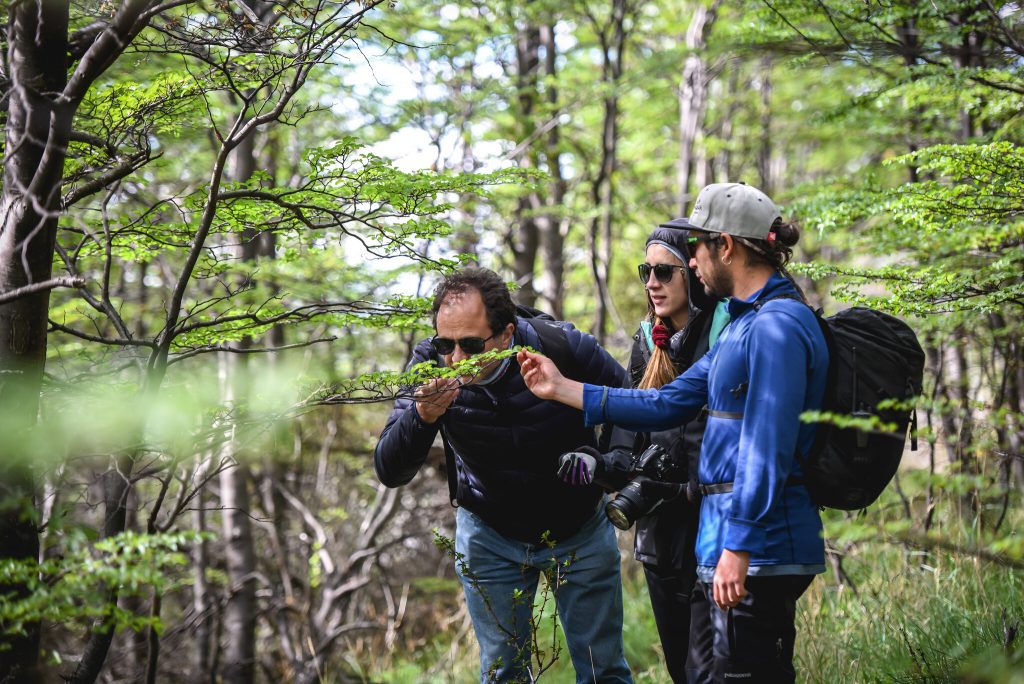 The vegetation in Torres del Paine can be classified into four categories:

This vegetation is typically found on river banks and the edges of lakes. In Torres del Paine, you can spot it  near Sarmiento Lake, Salto Grande and Nordenskjold viewpoint. Like many creatures in nature, these plants have adapted to survive. The plants found in Pre-Andean Scrub Land have developed the ability to save water and to survive in the fierce weather conditions, such as Patagonia’s intense wind.

These forests line the gorges and hillsides in Torres del Paine, such as the Grey Glacier area, Laguna Azul, Laguna Amarga and the French Valley. The forests are made up of various trees, shrubs and lichens, each with its own special qualities. Typically, these plants receive more than 600mm of rain per year.

This vegetation is made up of desert shrubs and tuft grasses. They are resistant to harsh winds and weather in this area of Torres del Paine. In the park, the Patagonian Steppe is located on the eastern side, where there are no trees due to the winds and low levels of humidity.

Like other vegetation in Patagonia, species in the Andean desert have adapted to survive in harsh weather conditions. They are tolerant to low temperatures and high precipitation. The weather causes the vegetation to grow underdeveloped, such as stunted trees or shrubs growing on rocks.