Coming Together (with Gin) in Puerto Natales

At first glance, it may seem like Chileans know all there is to know about alcohol. Afterall, the country produces some of the world’s finest wine, along with a variety of frothy beers and the famous “pisco sour” cocktail. But for Australian couple Kiera Shiels and Matt Oberg, there was something missing at the bar in Chile. That something was gin.

Gin -- it’s trendy, tasty and mixes seamlessly in an abundance of cocktails. When Shiels and Oberg noticed a gap in the market, they knew they had to take a chance. Without any distilling experience and not a lot of Spanish, they took a leap of faith and decided to open their own bar and distillery in Puerto Natales, Chile. They named their business “Last Hope Distillery,” which goes along with the name of the “Última Esperanza (Last Hope) Fjord” from the region. 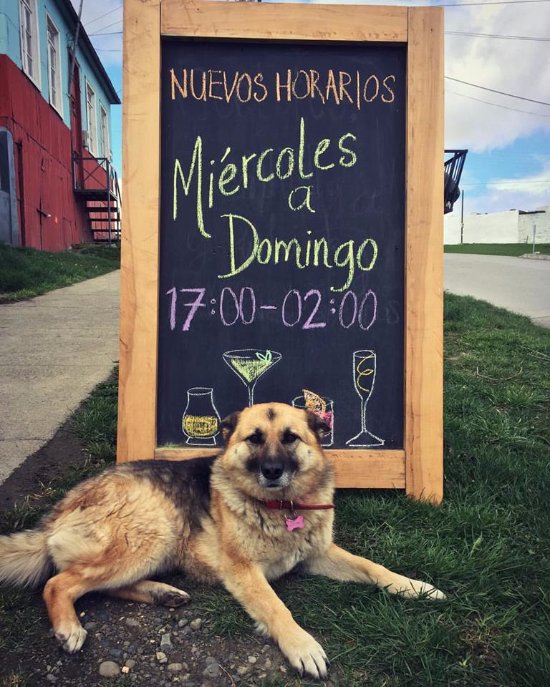 With more than 130 comments and a 5.0 star rating on Google Reviews, it’s clear that the customers are more than enthused by Last Hope’s products. Currently, the company produces and sells two types of gin: Patagonian Dry and the Calafate Gin. Patagonian Dry Gin is a classic and popular choice. Meanwhile, the Calafate Gin offers a more colorful and quirky twist. It’s dyed a deep shade of purple while being infused with kilos of fresh Calafate berries, a fruit native to the region. In addition to the two gins, there are a variety of creative cocktails available at the bar.

But it’s more than just the drinks. According to Shiels, their place has a special sort of energy that you don’t find in every bar. “We meet people, hear their story and tell our story,” she said. Being the owners of the bar, Shiels and Oberg meet a range of people with unique experiences and inspiring stories. “We’ve had people here who have climbed Everst three times or captains of boats who have driven carbon boats through the Antarctic with icebergs. And I can’t count the number of people we’ve had arrive here in a car or bike from Alaska,” said Shiels. “It’s really a melting pot of interesting people.”

Besides hosting travelers and foreigners, a large portion of the customers are locals. Shiels has found that many of the Chileans that live in Puerto Natales have come from other parts of Chile in search of something new. For this reason, she’s found that the locals tend to be very open minded people who are willing to make friends and try new things. “We had never done anything like this before and they (locals) had never had a bar like this before,” said Shiels. “So we made mistakes and learned how to do this, while they learned what we do.” Ever since the start, the Chilean crowd has been very receptive to Last Hope, its products and environment.

Since Last Hope’s opening in April 2017, Shiels and Oberg have seen a great deal of growth and their products have risen in popularity. New stores and bars are interested in buying their products and they continue to get positive ratings and reviews. As a long term goal, Shiels and Oberg hope to produce some fine-quality whiskey. But for now, they continue to serve, produce and meet new people from all over Chile and other countries -- people who  come together for the sake of gin.

Learn more about Puerto Natales and the region on our blog. Also check out the city’s popular brewery and other local products from Patagonia.